Not only humans, but animals, too, were mummified in Ancient Egypt. Excavations have brought to light numerous embalmed cats, dogs, and birds, and even the occasional crocodile, gazelle, and monkey. While researchers have been studying these fascinating objects for several years, the bandages used to wrap them have received but scant attention to date. The Abegg-Stiftung has now helped advance the research being done in this field. As part of a degree project for the master’s programme in textile conservation and restoration, four bird mummies were thoroughly analysed, documented and cautiously conserved. Two were falcon mummies, one an ibis mummy and one a pseudo-mummy from the Bibel + Orient Museum in Fribourg. Before they return to their owner, they are to go on show in a special, two-month-long mini-exhibition in Riggisberg. Download Media Release 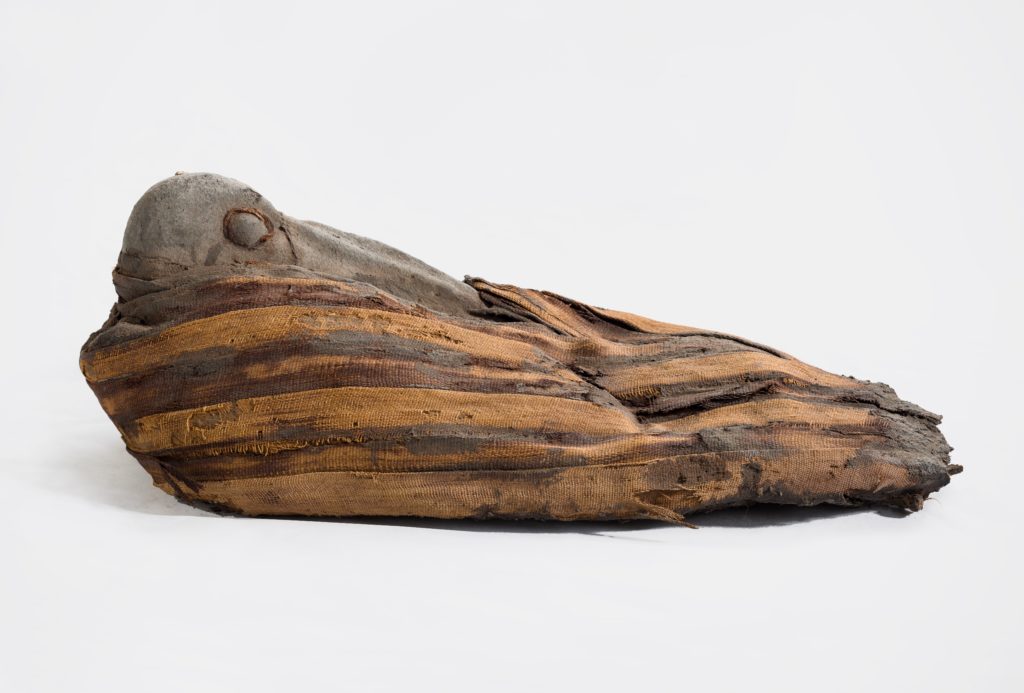 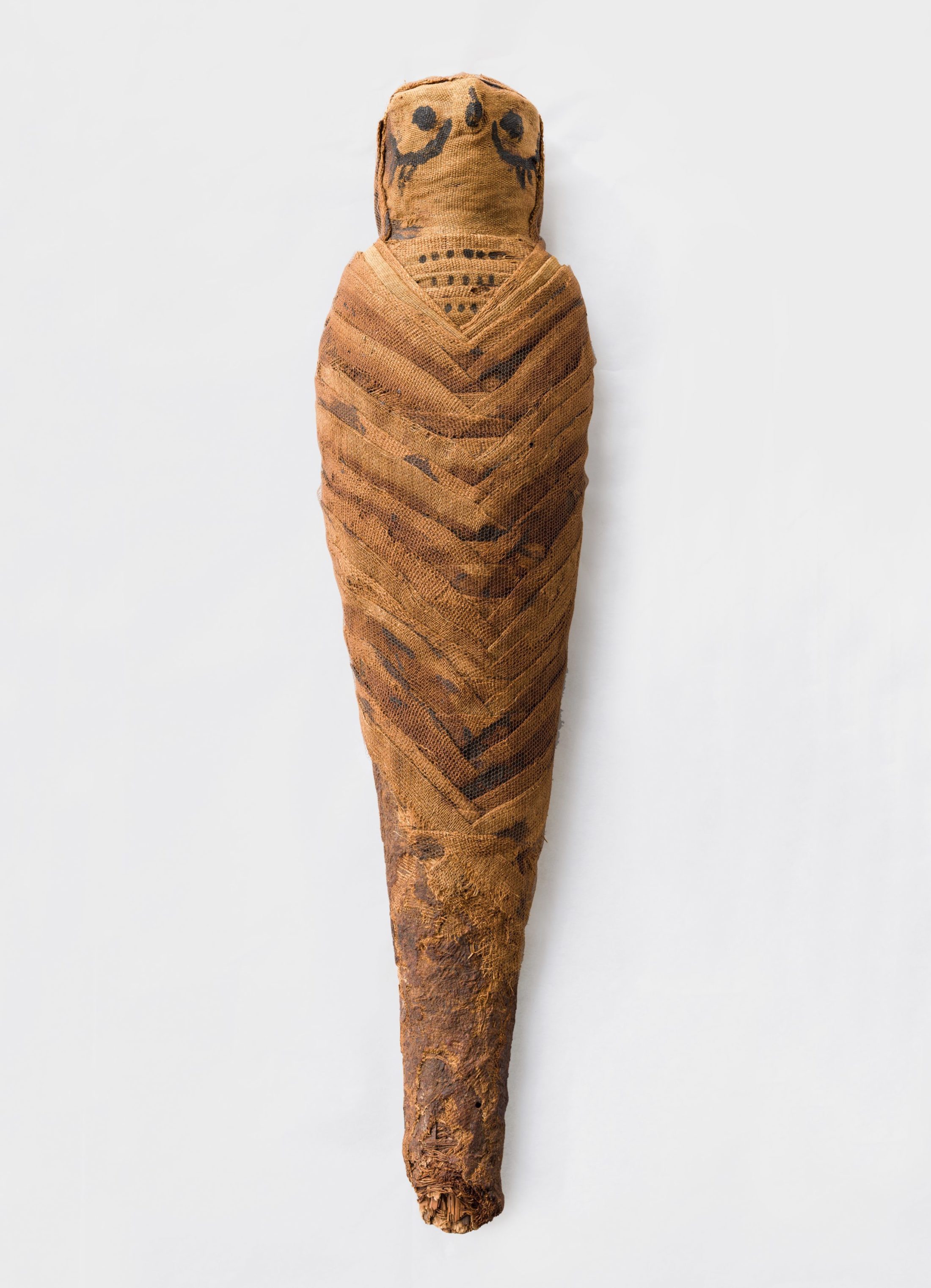 Although this bundle is shaped to look like a mummified bird, x-rays have shown that it does not contain any animal tissue at all. Its contents were nevertheless carefully wrapped in several layers of cloth, wound round with thread, and then decorated with strips of dyed and undyed linen laid in a V-pattern. The pseudo-mummy also has painted-on facial features and breast ornaments. | Egypt, Ptolemaic Period, 3rd–1st cent. B.C.; plant material, linen textiles and thread; Fribourg, Bibel + Orient Museum, inv. no. ÄFig 2000.6 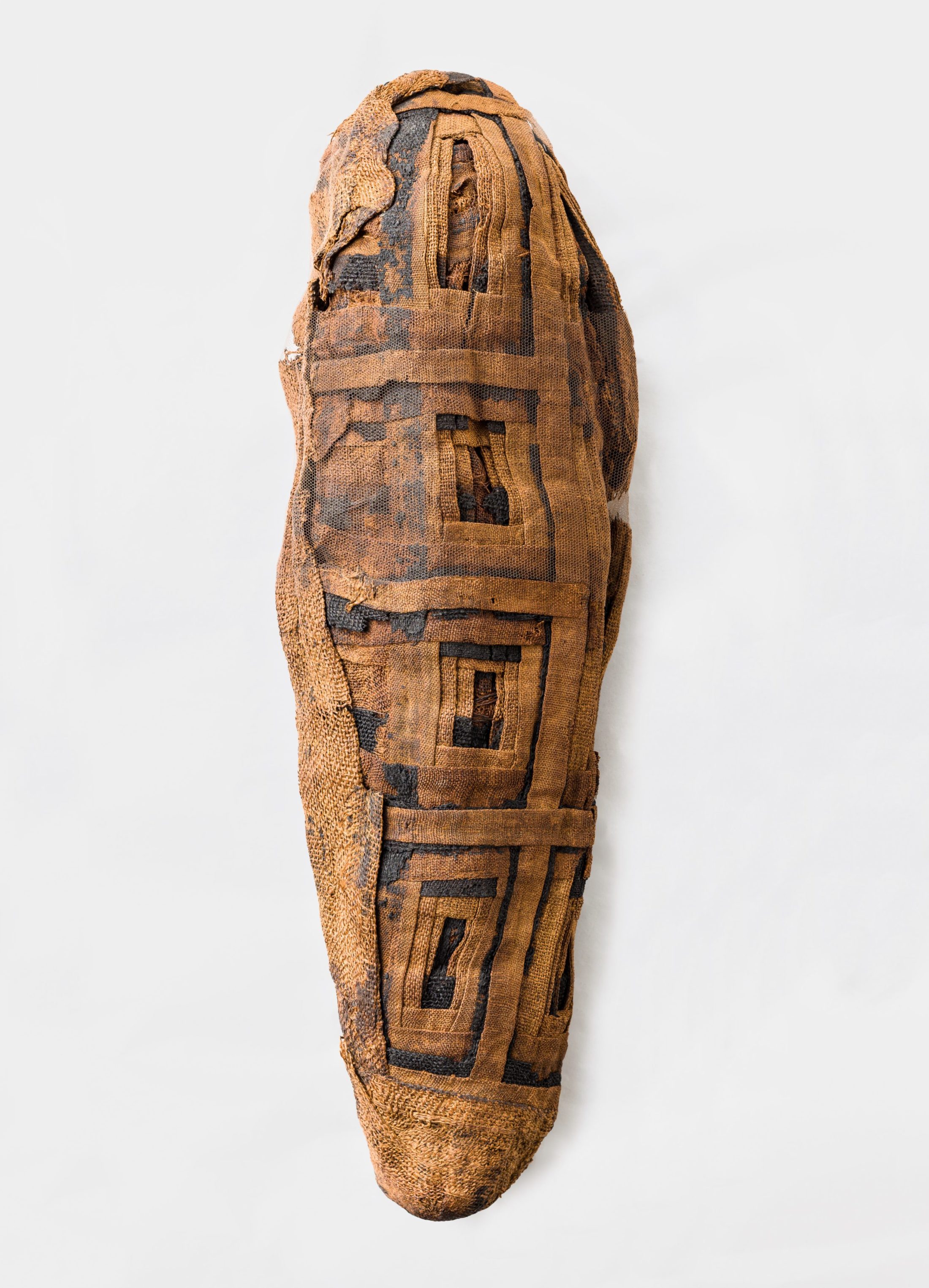 The front of this mummy is bandaged in an ingenious geometrical pattern consisting of strips of dyed and undyed linen laid either parallel or perpendicular to each other and always slightly overlapping. | Egypt, Ptolemaic Period, 3rd–1st cent. B.C.; mummified animal body, linen textiles and linen thread; Fribourg, Bibel + Orient Museum, inv. no. ÄFig 1999.5