The collection of the Abegg-Stiftung boasts an exquisite Peruvian garment from the early colonial period. This “shoulder mantle” consists of a rectangular, densely woven cloth that was draped over the shoulders and fastened together with a pin at the breast. Such mantles were part of the costume traditionally worn by Inca women.
This particular mantle was made around 1600 using precious materials from different parts of the world: cotton and fine alpaca or llama wool from Peru, silk from Asia, and metal threads from Europe. The colourful and extremely finely worked tapestry brings together not just the materials but also the visual language of different cultures. Woven into the cloth alongside the classical Inca patterns and animals native to Peru such as monkeys, llamas, and parrots, are European motifs. The large, white, tongue-like motifs, for example, imitate the wide, bobbin-lace trimmings that were an integral part of European dress in the sixteenth and seventeenth centuries.  Press Release 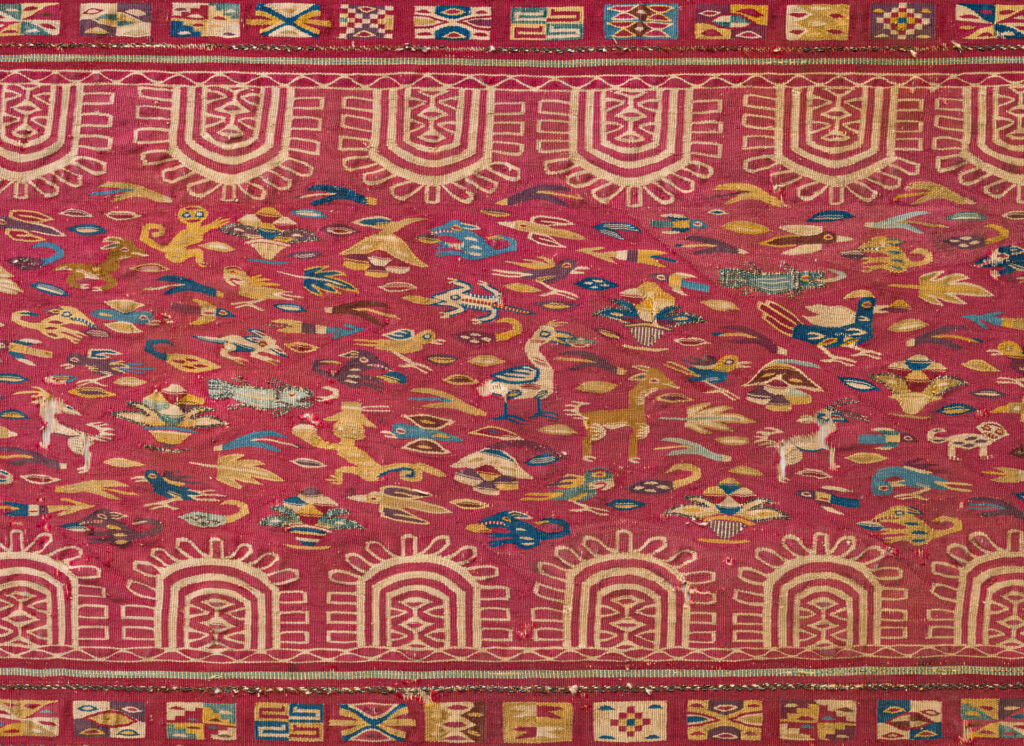 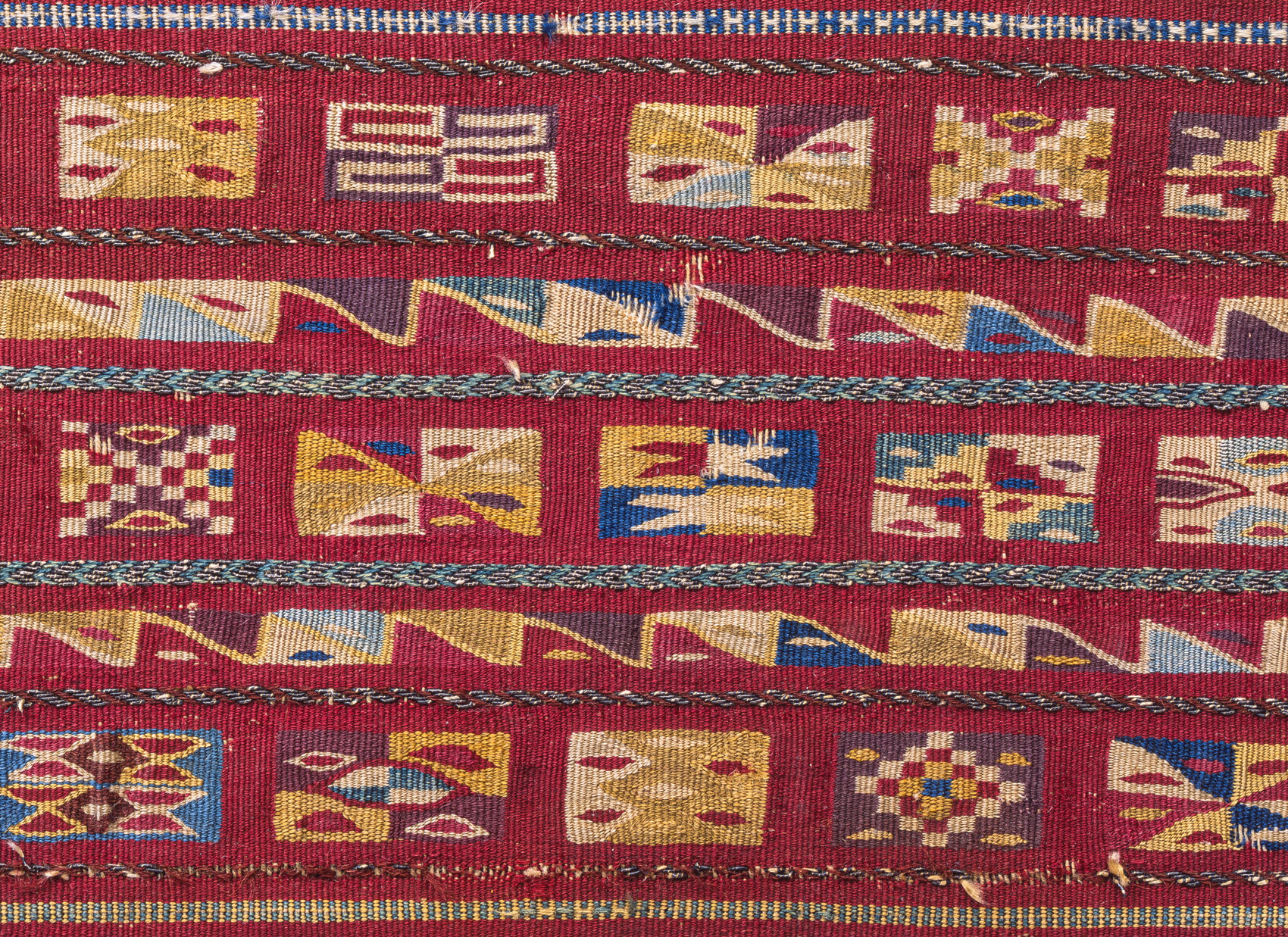 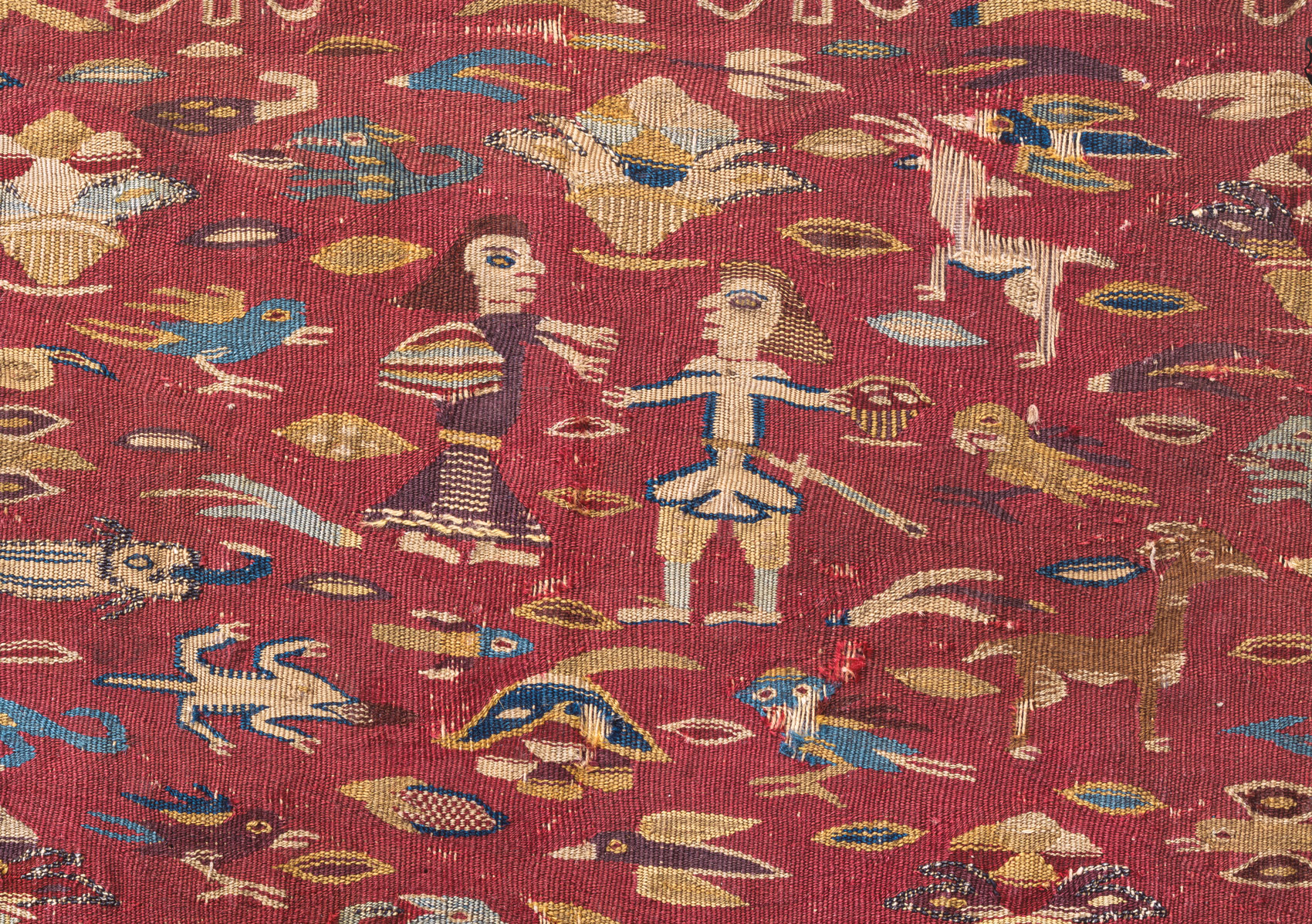 Standing amidst the teeming animals, flowers, and vases that call to mind a hidden-object picture is a couple. The woman is clad in traditional Inca dress and wears an ankle-length robe and a short, striped shoulder mantle. The man is clad in European attire and wears a broad collar, doublet with wide tabs, knee breeches, hose, laced shoes, and a sword.