Dresden Armoury is in possession of an exquisite costume worn by Augustus, Elector of Saxony (1526–1586), which it entrusted to the Abegg-Stiftung for analysis and conservation/restoration. The ensemble counts among the few late Renaissance courtly costumes to have survived practically in its entirety, even if it has lost at least part of its erstwhile radiance in the course of its long history. The filet embroidery in black silk embellishing it has been especially badly affected. Over a two-year period, several textile conservators worked on the costume, whose conservation proved all the more time-consuming since it consists of several separate garments. There was also old darning and over-embroidery that had to be painstakingly removed. The conserved costume can now be marvelled at in Riggisberg for a few weeks before it returns to Germany. Download Press Release 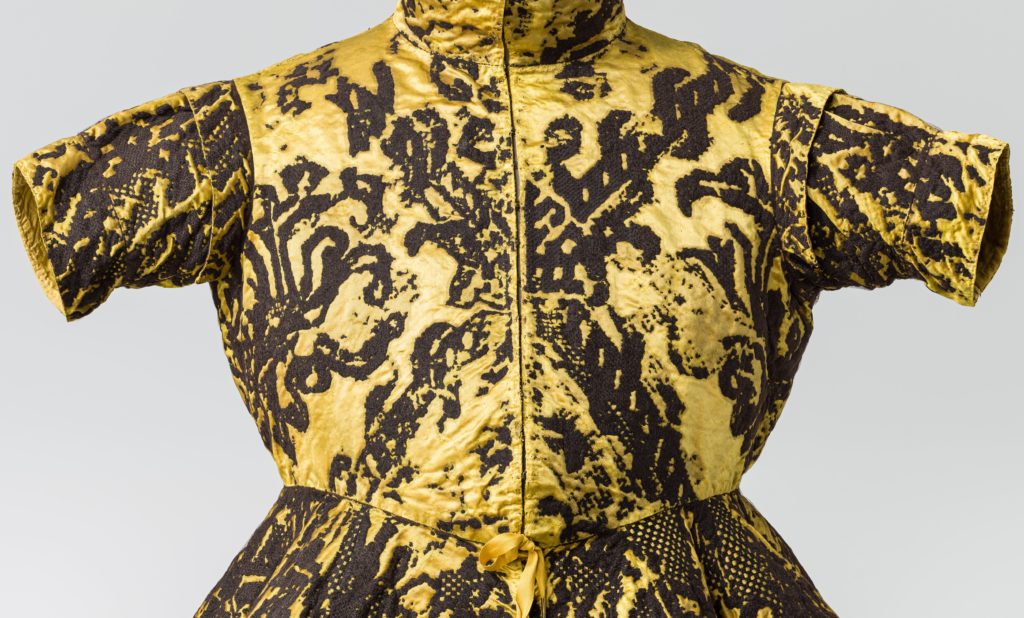 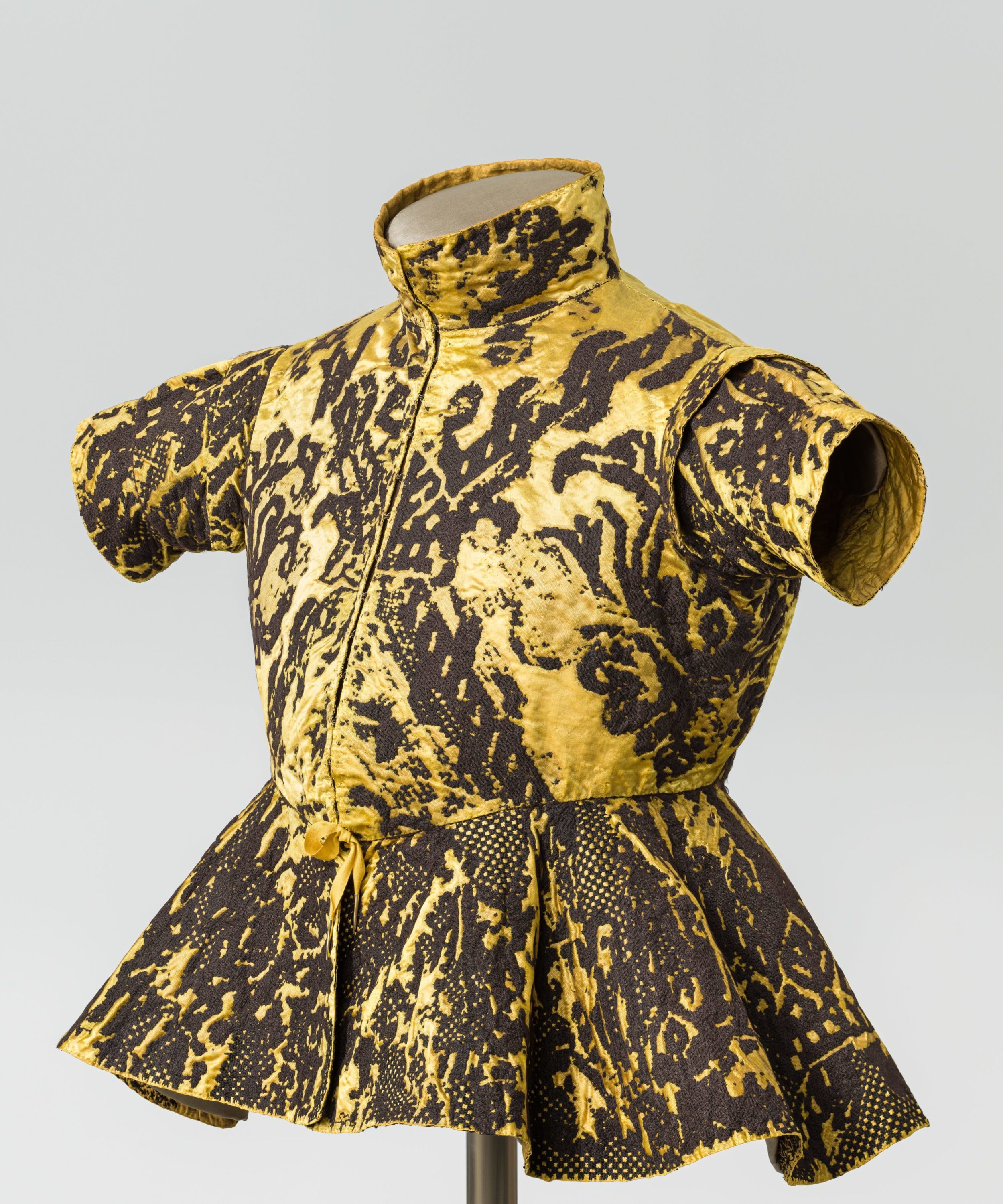 As an outer garment, Augustus of Saxony wore a jerkin, a tight-fitting tailored jacket with quarter-length sleeves and hip-length tabs. It is made of silk satin decorated with black filet embroidery. | Germany (?), 1550–1570; Staatliche Kunstsammlungen Dresden, Rüstkammer, inv. no. i. 5 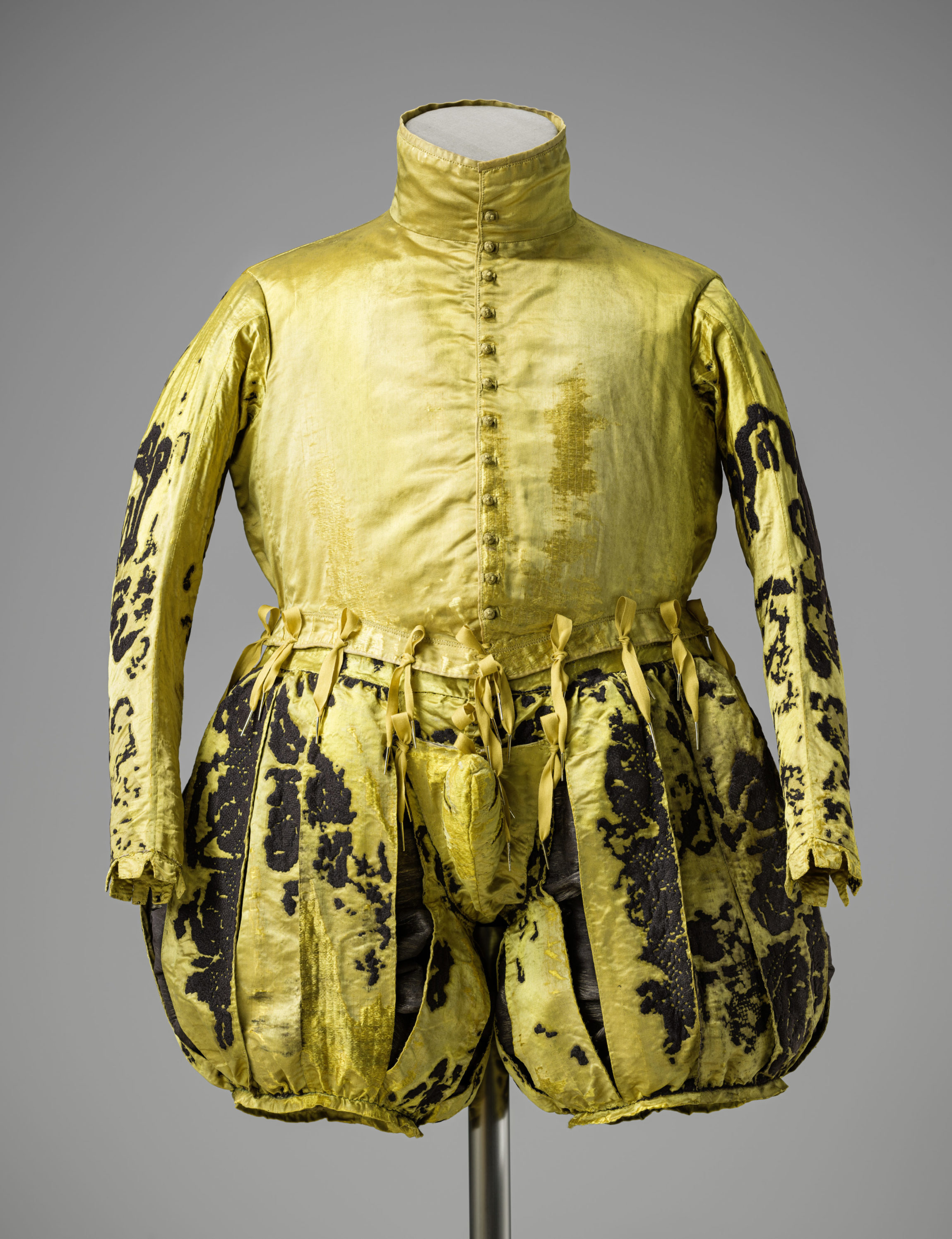 The doublet was worn under the jerkin so that only the sleeves decorated with embroidery filet were visible. The doublet has a slightly narrowed waist with a short tab and a high collar. It is closed with braided orset buttons. The short puffed hose with codpiece is made of several strips of yellow silk and is also decorated with black embroidered filet. The cloth of gold of the puffed legs billows out between the yellow and black stripes. | Germany (?), 1550–1570; Staatliche Kunstsammlungen Dresden, Rüstkammer, inv. no. i. 5 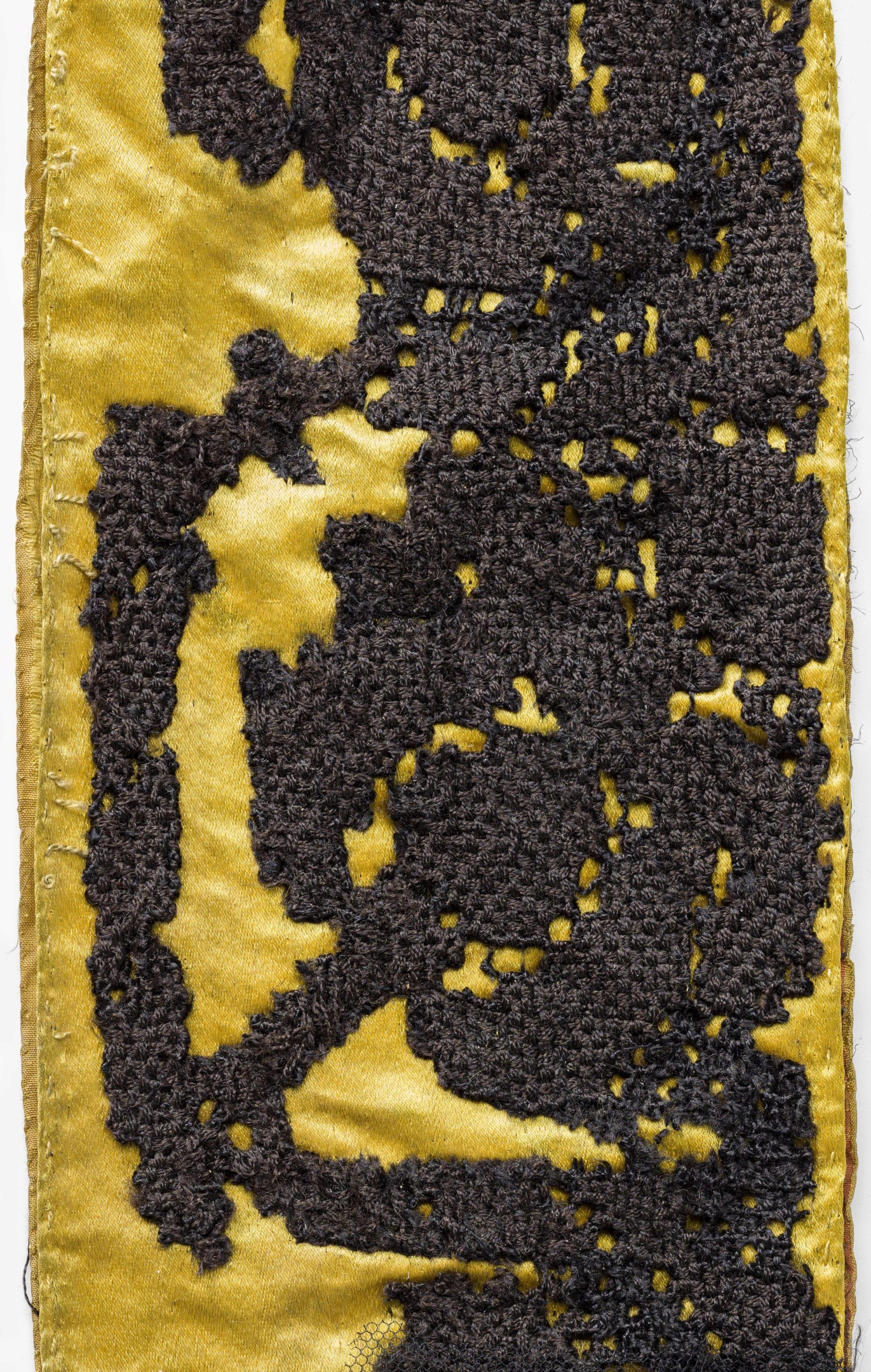 The very fragile lace decorating the jerkin, the doublet sleeves and the hose, consists of a fine, knotted net that was subsequently embroidered. It is only partially preserved.