It was during the Renaissance and Baroque periods that Europe’s princely houses became enthusiastic collectors. Alongside the wonders of nature and science, the most sought-after collectibles were contemporary artworks, many of which reflected life at court. The Abegg-Stiftung offers a choice selection of such works representing the aristocratic preferences of the age. Especially impressive is its first-rate collection of silks from Italy and France that were used to make gowns or for the interior furnishings of palaces. Ottoman and Persian silks of the 16th and 17th centuries also form part of the collection. 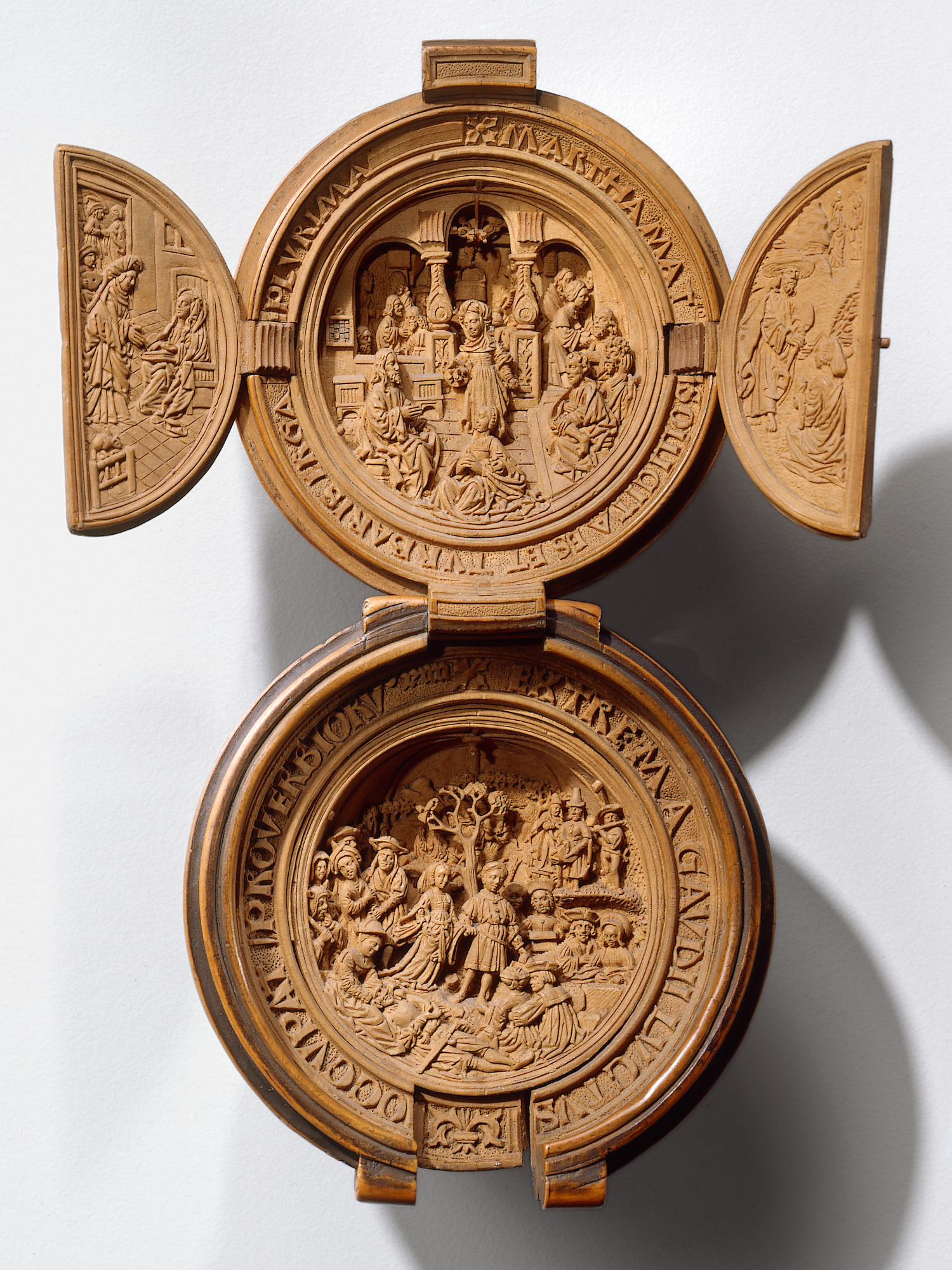 The opened prayer-nut shows Mary Magdalene dancing with a nobleman after an engraving by Lucas van Leyden of 1519 in the bottom half and Christ visiting the home of Martha and Mary in the top half. While Martha busies herself with entertaining her guest, her sister Mary listens raptly to what he has to say. Mary represents pious devotion, which is what this pendant for a rosary was intended to promote. The virtuosity of the miniature carving must also have fascinated princely collectors, who began amassing their cabinets of curiosities around this time.
Southern Netherlands, after 1519, boxwood, diam. 6.5 cm, inv. no. 7.15.67

END_OF_DOCUMENT_TOKEN_TO_BE_REPLACED 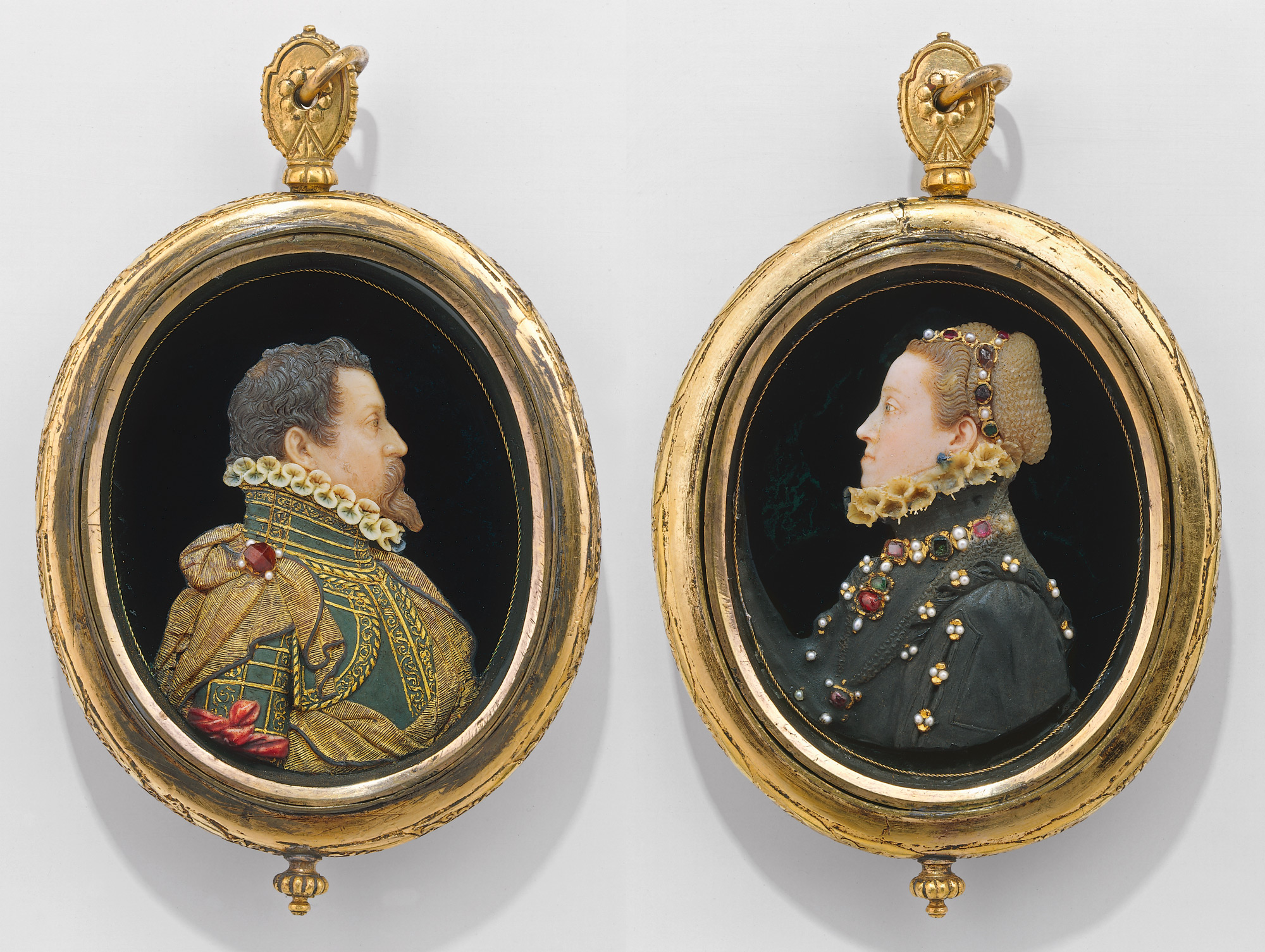 Antonio Abondio, c. 1575
The portrait shows Charles II, Archduke of Inner Austria, whose seat was in Graz. Abondio was the first artist north of the Alps to use wax modelling for more than just medal-making moulds. By treating wax as a fully fledged medium, he elevated the wax portrait to a genre in its own right. Mounted in gold-plated copper capsules, these miniature portraits were often given to family members as gifts. This wax portrait of Charles has a pair showing a likeness of his wife Mary.
Pigmented wax, h. 14 cm, inv. no. 9.7.63

END_OF_DOCUMENT_TOKEN_TO_BE_REPLACED 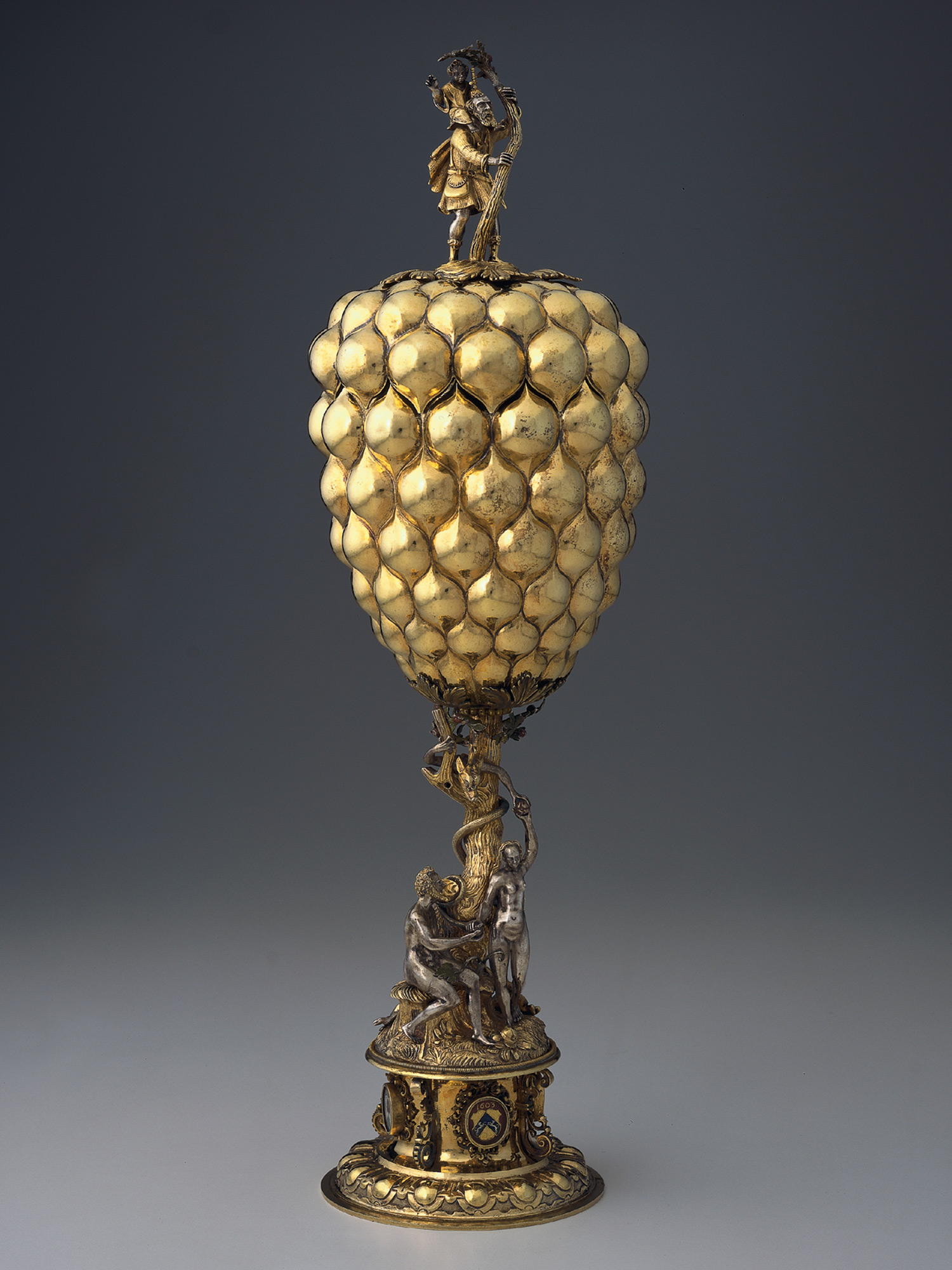 Ornamental vessels made of silver gilt in honour of special occasions were highly prized as mementos. At princely courts and in wealthy bourgeois households they were displayed on a table or on terraced buffets. Thanks to town and master’s marks, both the place of origin and even the goldsmith can be identified in most cases. Convex embossing counted among the most difficult goldsmithing techniques. The foot and lid of the cup are decorated with two figural groups showing the Fall and Saint Christopher respectively.
Nuremberg, Georg Rühl the Elder, c. 1603, silver gilt, embossed, h. 48.5 cm, inv. no. 8.75.63 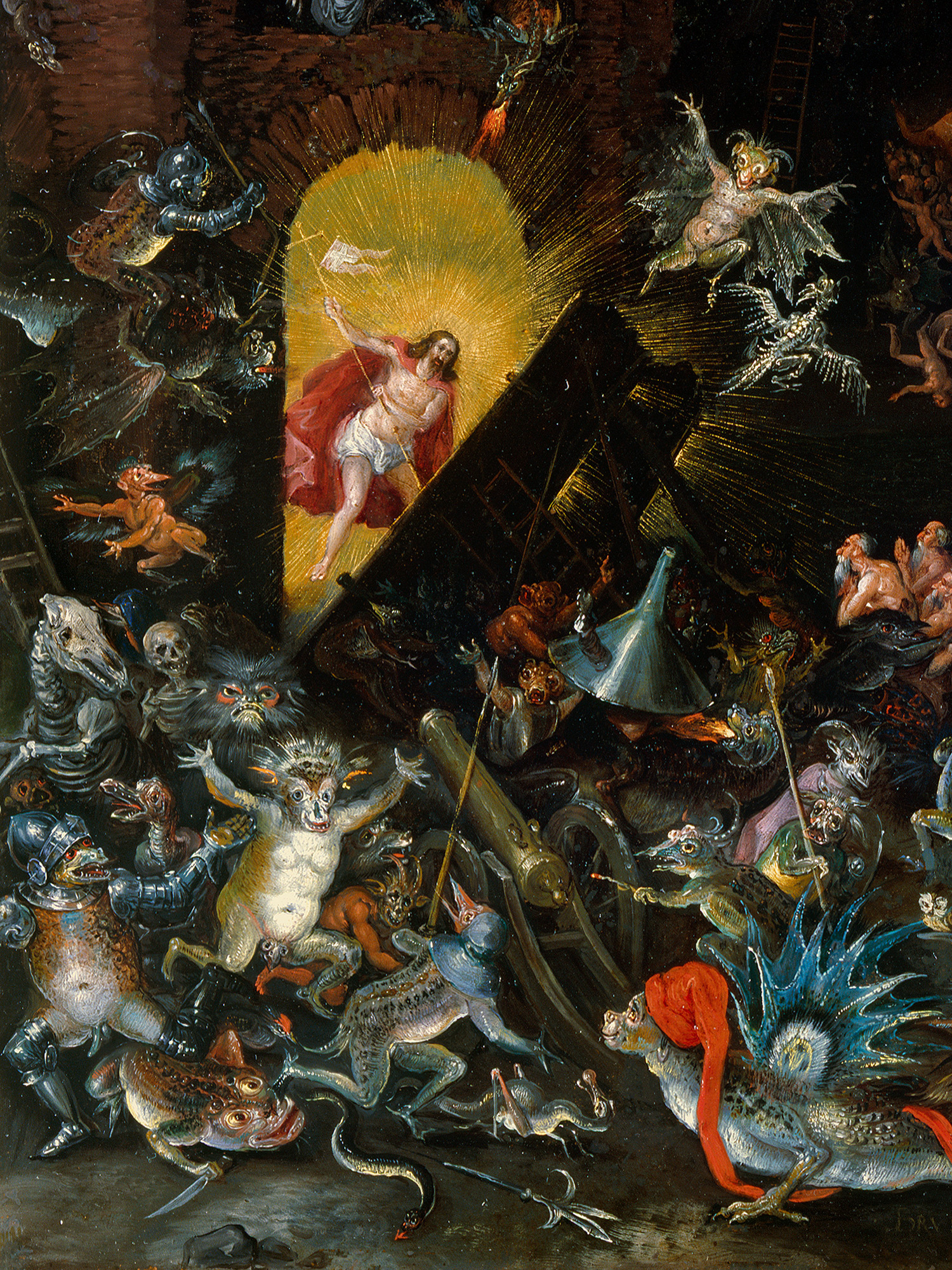 Jan Brueghel the Elder, 1593
The scene of Christ entering Limbo is shown at the far left. The composition is nevertheless tightly focused on the essentials, thanks in part to the painter’s use of light and in part to the fact that all the figures are moving in the same direction. The panel was painted during a stay in Rome and counts among Brueghel’s earliest signed works. His hellscape populated by mythical creatures is reminiscent of paintings of Hieronymus Bosch.
Oil-based paint on copper, h. 25.6 cm, inv. no. 14.119.72 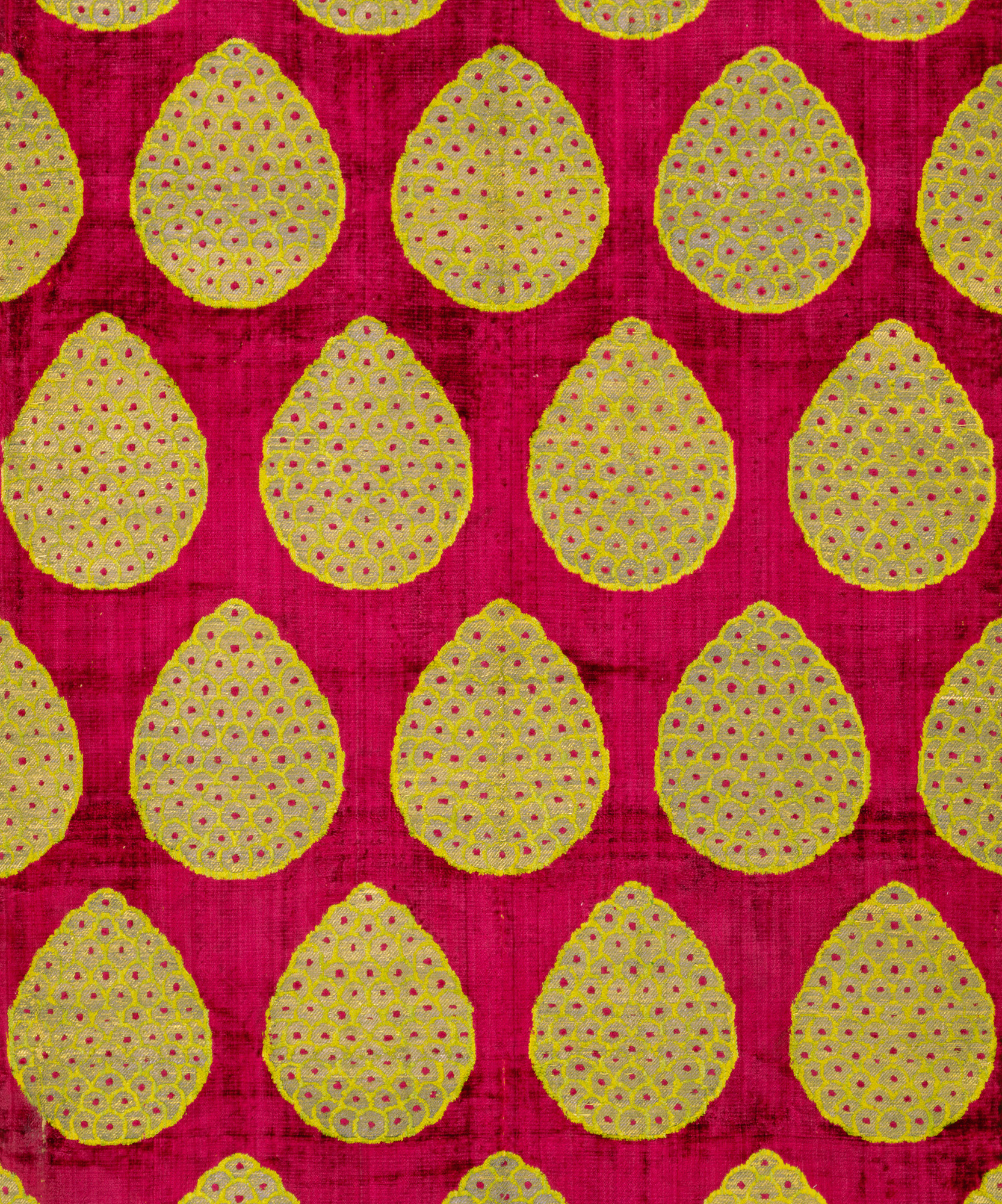 Ottoman velvets are barely distinguishable from European velvets in terms of weaving technique, but their designs often differ from the pomegranate motifs featured on 16th-century Italian weavings. This silk velvet with rows of pine cones is remarkable for the serene elegance of the pattern. The cones look almost as if they were floating on top of the red velvet pile. The yellow lines and red dots imitate the surface of natural pine cones.
Ottoman Empire, mid-16th century, silk, metal threads, h. 113 cm, inv. no. 5430 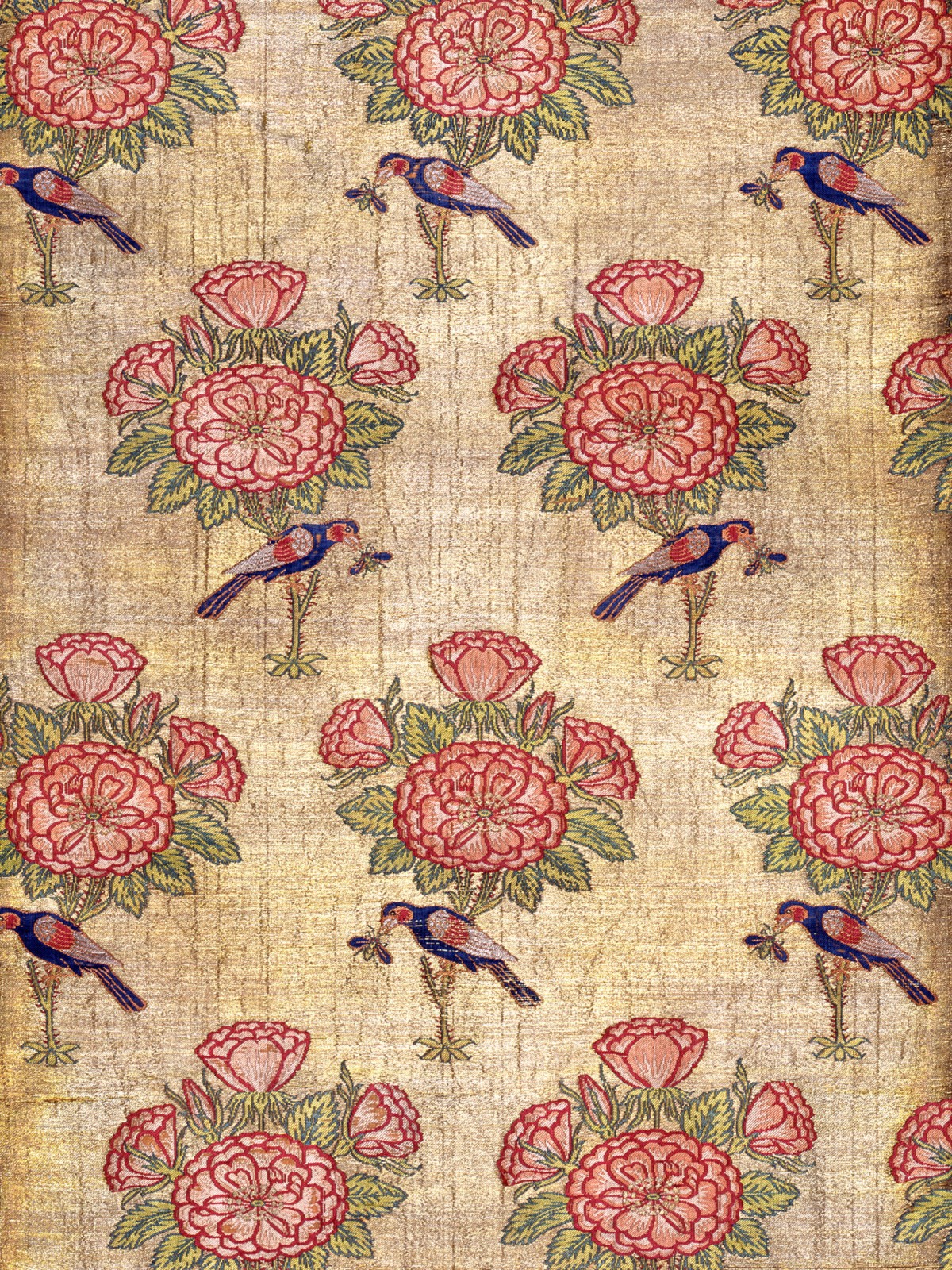 Weaving with flowers and birds

This fine weaving with a ground completely covered in gold threads was probably made in Persia during the period of Safavid rule (1501–1722). The naturalistic rendering of the rose and bird already points to the influence of European botanical illustrations on Persian art, which began towards the end of this era. Luxury textiles from Asia were much coveted collectibles in Europe from the early 17th century onwards.
Persia, late 17th century, silk, metal threads, h. 72 cm, inv. no. 5411 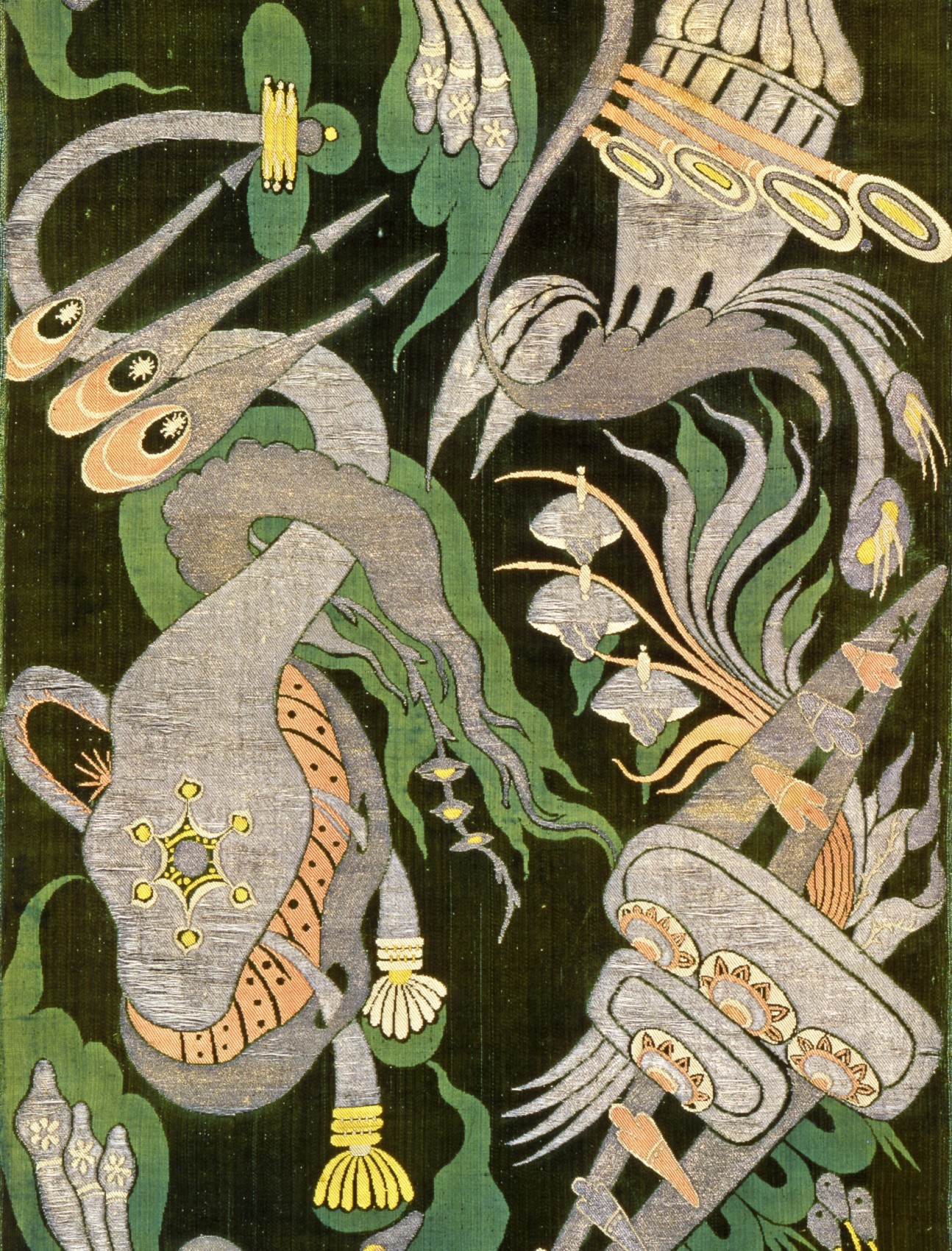 The silks later known as “bizarre silks” were popular from the beginning of the century until the 1720s. Their fantastical motifs are often hard to describe and reflect the influence of the Far Eastern models that arrived in Europe on the ships of the East India trading companies. The asymmetrical composition with diagonally arranged motifs clearly bears the stamp of Asian design principles. The green damask ground appears like a foil with motifs reminiscent of exotic sea creatures and seaweed moving across it.
France or Italy, c. 1700, silk, metal threads, h. 95.5 cm, inv. no. 260 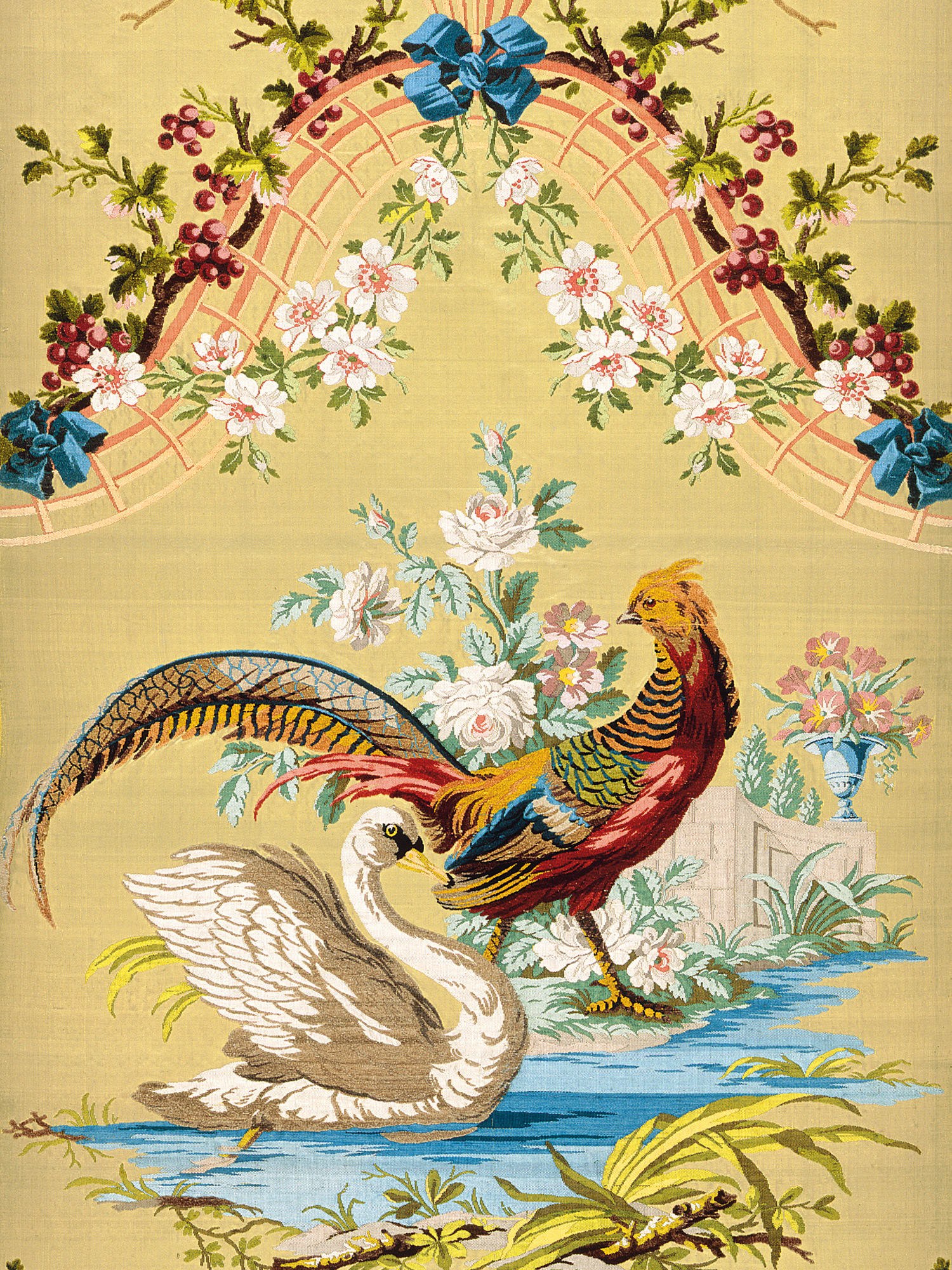 Furnishing silk with pheasant and swan

Silk weavings made specifically for furnishings with large pictorial motifs covering the entire width of the fabric began appearing in the second half of the 18th century. Among them was this silk designed by Philippe de Lasalle, the famous designer, engineer and manufacturer of Lyons. It was a design held in especially high esteem by Empress Catherine the Great of Russia, who had the salon of her summer residence at Tsarskoye Selo near Saint Petersburg furnished with silks of this pattern.
France (Lyons), c. 1770–1775, silk (lampas weave), h. 192 cm, inv. no. 5064